Bread made from flour containing 27% gluten was the sweetest. While being fluffy, it had the most distinct texture. In general, a higher gluten content makes bread fluffier and chewy.

Comparison of mayonnaises heated in a pan (1)

Mayonnaises, processed with FABALA’s technology,
was dropped on a heated pan simultaneously
with another mayonnaise for comparison (1).

Differences between the two mayonnaises: 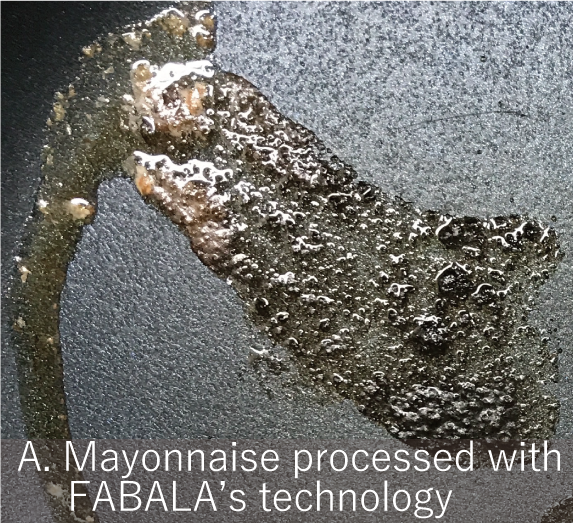 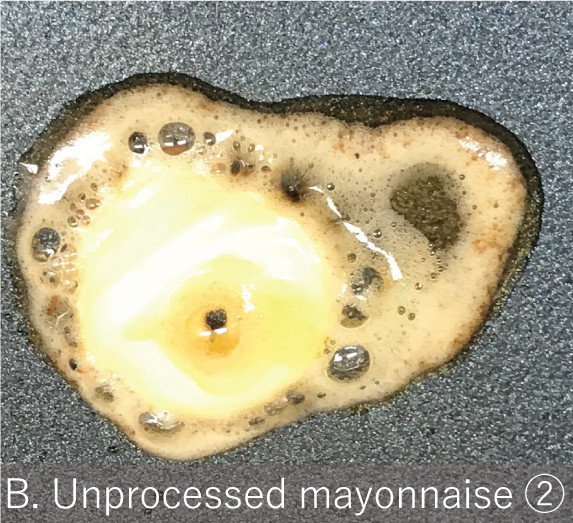 Mayonnaise processed with FABALA’s technology
and fertilized egg mayonnaise (2)
were simultaneously heated on a stove.

Differences between the two mayonnaises:

A: Palm oil treated with FABALA’s technology
B: Untreated ordinary palm oil
Experiment to fry potatoes with palm oils A & B

Palm olein becomes semisolid in a cold temperature. Its melting point is 24-degree Celcius. Thousands of experiments attempting to keep its liquidity in a cold temperature have been conducted across the world, but no one so far has succeeded in discovering the method to do so.

The palm oil treated with FABALA’s technology became dry and crumbly after it was left in a sub-zero temperature for a month, but once it was stirred with a stick, it became moist and jellified.
The palm oil has changed its quality. It has become an integer without plus or minus. I think it has become a palm oil almost without any reactions to our body.

Oil Used
A: Canola oil treated with FABALA technology
B: Normal canola oil
Used Amount 870g for A and B each
Differences between A & B before frying fish

Conditions of the fish after cooking

Condition of the oils after cooking

Experiments on soil and urea in agriculture

We treated urea with FABALA’s technology to remove the reverse side, and had a farmer who has been growing grapes, pears, vegetables and rice in Kyushu, Japan for over 50 years to use on his soil.

They tasted sweet like fruits. The farmer shouted “Unbelievable!” 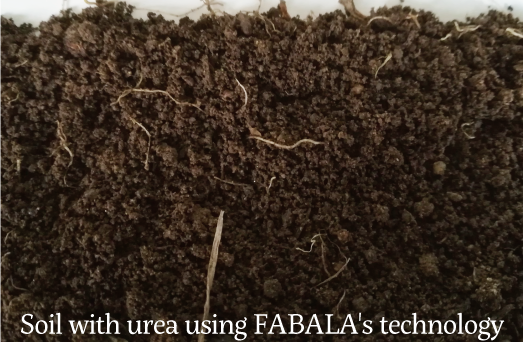 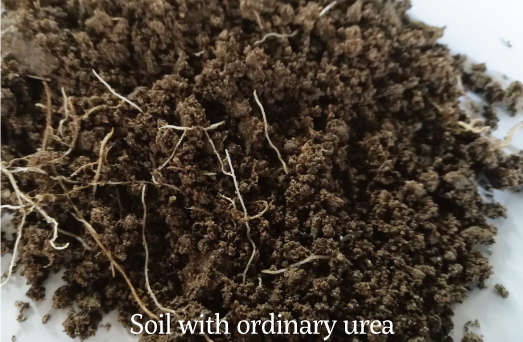 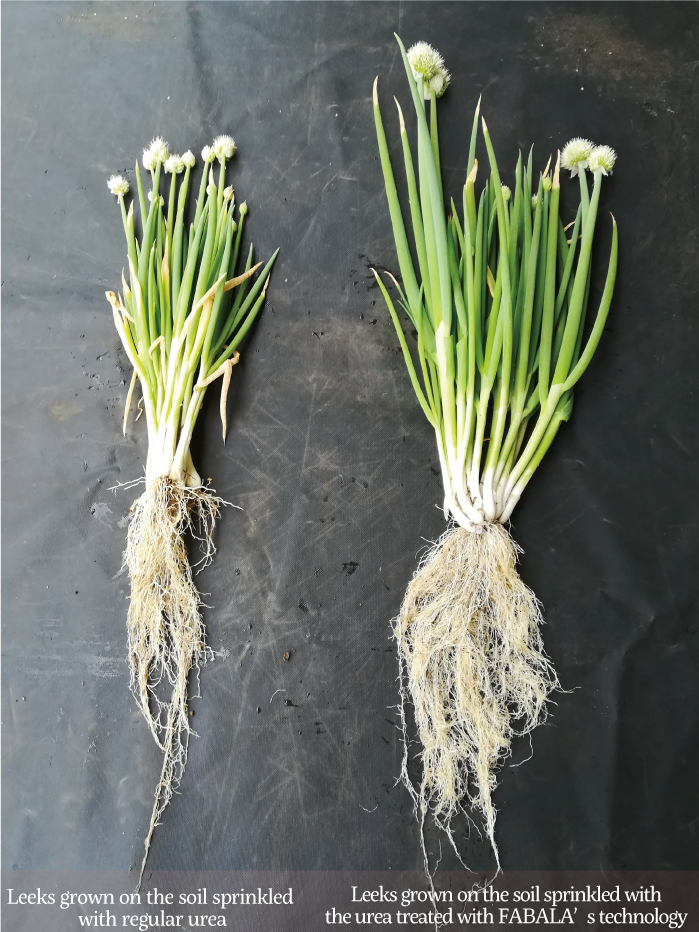 The leeks grown on the soil sprinkled with the urea treated with FABALA’s technology were soft and contained a lot of moisture, and their roots were solid and strong.
They tasted sweet with the flavor evident in high quality leeks. They remained soft with a good amount of moisture even when they had flowers, which was usually impossible.
They were nothing like the leeks grown on the soil sprinkled with regular urea.
Normally, the roots become deteriorated and lose root hairs when the chemical fertilizers are used.
Yet those leeks had healthy root hairs. Some producers told us that their leeks had had more than three times more root hairs than the ones grown on regular urea.